PPSSPP is a written in C++ PSP emulator, that translates oryginal handheld CPU instructions into optimized x64 or ARM64 machine code using JIT recompilers. Thus it can run on quite low-spec hardware, including ARM-based phones and tablets with OpenGL ES 2.0 support. 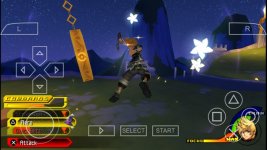