Region lockout bypass tool works on Genesis, Mega Drive, Sega CD, and 32x ROMs. It will try and patch your ROM so that it will work in any region. Also has a checksum fixing button to try and fix the checksum after patching (if needed).
Features: 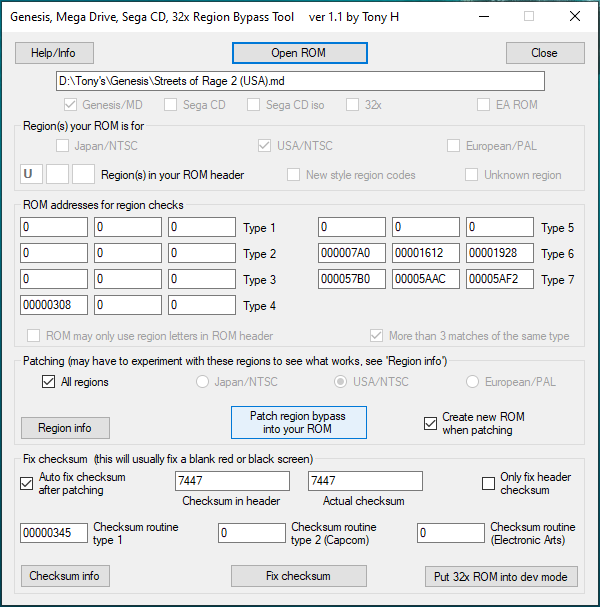 Version 1.1 update (8/11/2022): Added more new types of region checks and improved old ones, improved checksum routine bypassing and shows ROM addresses for them, added option to automatically fix checksum after it patches ROM, added button to put 32x ROMs into a sort of developer’s mode so the game will skip the checksum process (makes the game boot faster and it will ignore any changes made to the ROM), and a few other improvements.